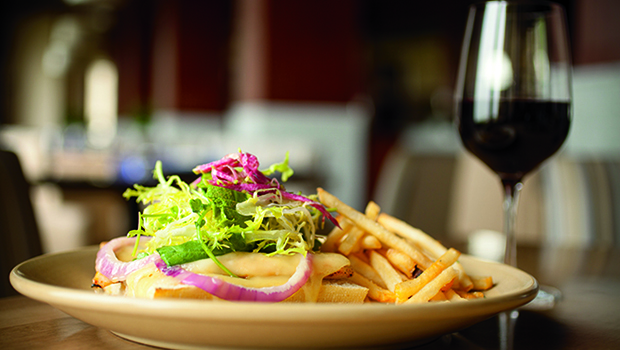 I’ve been frequenting Ritz Half Moon Bay since it was born, when I was barely able to drink. With family, friends and colleagues, I made Ritz HMB’s restaurants into my extended home dining room. I have memories of the current Conservatory being called just The Lounge though I could be mistaken about that. It could be that I was so comfortable there that I nicknamed it The Lounge. I’ve lost count of the number of afternoons I sat at a window-side table after lunch working on articles or my next book, getting lost in the gently crashing waves of the Pacific Ocean as the characters of my book came to life.

Recently, I had the opportunity to dine at The Conservatory four times in a month, prompting me to finally include this well deserving restaurant on my list of Best Restaurants Around the World. Is it Michelin starred? No. Is it a restaurant at the tip of every world traveler’s tongue? No but maybe it should be.

The Conservatory’s ambiance is the stuff romance novels are made of- white pillars amid floor to ceiling French windows overlooking the azure waves of the Pacific Ocean with splashes of deep blue furnishings and carpeting. It’s country French; it’s contemporary cozy and it makes you want to become a permanent resident. When you finally pull your gaze away from the waters or the expansive garden below (don’t miss the live bagpipe player on certain evenings), you’ll find a menu full of comfort foods and classics that are anything but run of the mill.

It’s all in the execution. If you’re dining there with at least two people, try the Crispy Fritto Misto. Anybody who claims not to enjoy seafood has not had Chef Alvin DelaCruz’s light bites of perfectly crispy and tender calamari and savory whole olives whose leftover bits are reminiscent of Bali’s infamous roast pork skin cracklings. The accompanying Piquillo pepper dipping sauce is a well balanced mélange of creamy, salty and sweet.

The New England Clam Chowder beats every single clam chowder I’ve had in the entire San Francisco Bay Area and believe me, I fully realize how bold a statement that is. I’ve lived on the East Coast for parts of my life; exquisitely creamy Clam Chowder with real clams and only touches of potato chunks is a huge deal in Boston and surrounding regions. I know San Francisco has its own versions but most eateries here just get it wrong. I’m not clear on where Chef DelaCruz derived his Clam Chowder recipe from since his career has not as of yet had him residing on the East Coast but somewhere between him and Executive Chef Xavier Salomon (who presides over all of Ritz Carlton Half Moon Bay’s restaurants), they’ve come upon a winning Clam Chowder recipe that results in a bowl of flavorful perfection with clear notes of fresh from the bay clams that are supple and a clever addition of crispy bacon bits. Every time I order their New England Clam Chowder, everyone at my table can’t help reaching over to my bowl for more.

Every sandwich offering at The Conservatory has something to offer a wide range of palates, from the substantial Grilled Chicken on Herb Ciabatta with Avocado and Chipotle Aioli to the diabolical Pork Belly Sliders with Cucumbers and lightly spiced Aioli. Unlike many of today’s bay area restaurants, The Conservatory has their bread done right. None are overpowering or too thick. These sandwiches are assembled with careful thought on the balance of flavors and textures; it’s easy to see why these are favorites of those dining here for business lunches or for sophisticated kids.

One of my personal all time favorites here is the Organic Roasted Chicken. The fastest way to see the skills and talent of the reigning Chef at a restaurant is to taste the Roast Chicken. It’s a classic dish that in the wrong hands can within minutes go from great to mediocre. Every food lover has had the unpleasant experience of chewing on dry, tasteless roast chicken. You will only find the opposite here- a richly browned crispy skin with velvety moist meat sensually oozing its clear juices onto the Chicken Jus below, inadvertently creating a whole new sauce to soak up the Swiss Chard and sweet whole cranberries. This dish is complex in its simplicity- an homage to traditional French cooking.

Another of my go-to dishes at The Conservatory is the Grilled Pacific Salmon, very reminiscent of the Pacific King Salmon dish at Luce Restaurant (which incidentally is a Michelin starred restaurant and begs the question why the Michelin team doesn’t revisit The Conservatory). Chef DelaCruz’s version is no less spectacular than that of Luce’s, the salmon skin breaking apart at the touch of a fork with that orgasmic food porn sound I like to hear- a clean crunch like when you bite into a freshly made batch of thin potato crisps. The accompanying Mixed Bean Ragout will thrill healthy protein enthusiasts while the Pomegranate Gastrique teases anyone with a palate that understands the need to pair rich salmon with a tangy sauce.

Dessert is one of the best aspects of dining at The Conservatory. Lemon Drop Panna Cotta- they had me at Panna Cotta but in all fairness, theirs is again, one of the best in all of San Francisco bay area. Panna Cotta by nature is not a complicated dessert to make but it takes innovative thought to deliver this simple dessert in a stemless wine glass with bits of candied lemon, a healthy spoonful of lemon gelato and a crunchy Basil Shortbread Cookie sitting atop the glass, a whimsical presentation that makes adults and children alike smile. The creamy Panna Cotta itself has a sharp citrus tang with just enough sweetness not to overpower the delicate balance.

If you’re a fan of cheesecake (I am), the silky smooth Mascarpone Cheese Cake will make you do that thing I detest- roll your eyes so far back you’re not sure they’ll come back. Despite its use of Italian mascarpone cheese, The Conservatory’s cheesecake with its cappuccino-foam-like texture takes me to a moment I’ll never forget, standing in front of a dessert stall in Osaka where with my bare fingers, I broke a cheesecake in half to hear its sensual “whoosh,” the sound denoting a cheesecake worthy of a gold medal. With the Mascarpone Cheesecake arrives a Mango Pineapple Compote and a refreshing Guava Sorbet (this should be a whole dessert on its own given how addictive it is), both serving as a lovely accoutrement to contrast an expertly executed cake.

I’m surprised at myself for having taken this long to add The Conservatory to my list of Best Restaurants Around the World. I suppose its sophisticated comfort foods and creative accents along with a consistently warm and caring staff have become so deeply embedded in my regular life through the years that I don’t think of this restaurant as part of my work. It’s a second home to me, as it seems to be for those lucky enough to be in the know about this jewel in the bay area.

I knew years ago when I first encountered Executive Chef Xavier Salomon’s work at Ritz Carlton Atlanta that he would go on to helm something magnificent and I’m happy to see my predictions came true for him with his tenure at Ritz Carlton Half Moon Bay. I’m equally excited to be well acquainted with the talent and skills of his protégé, Chef Alvin DelaCruz, who has risen in ranks at Ritz Carlton to now helm The Conservatory. No doubt Chef DelaCruz will follow in his mentor’s footsteps to do ever more admirable endeavors in the future.

For this food and hospitality lover, these two chefs are a must watch and The Conservatory continues to be a joyful part of my everyday life.

Open for Breakfast, Lunch and Dinner

Check Out My Review of Ritz Carlton Half Moon Bay

Visit The Conservatory at Ritz Carlton Half Moon Bay 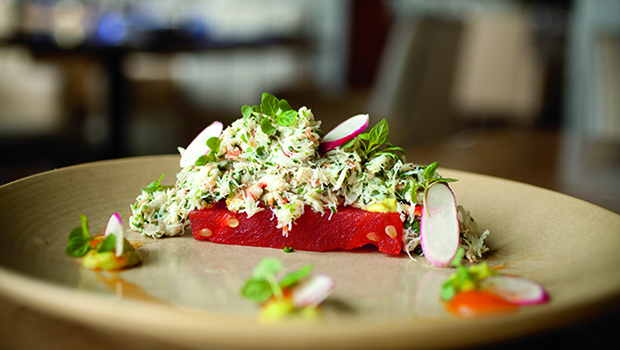 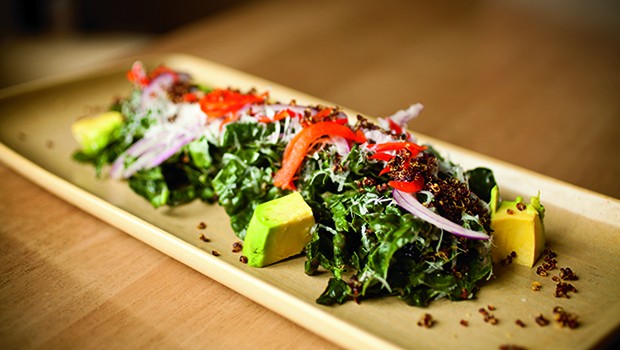 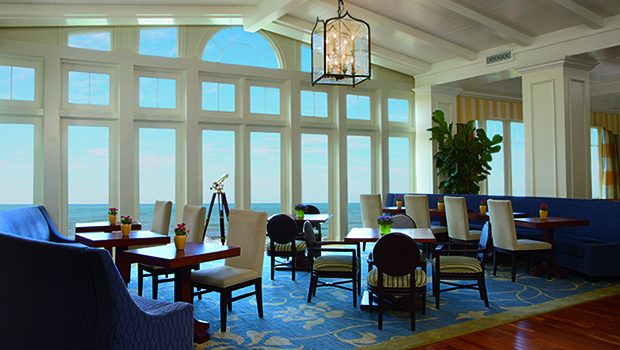 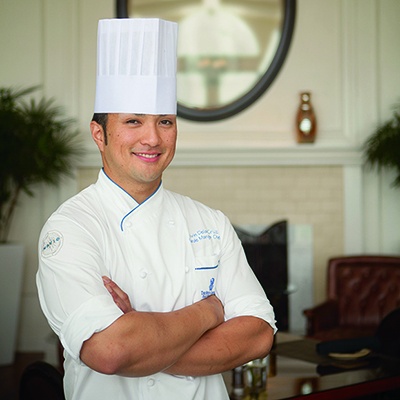