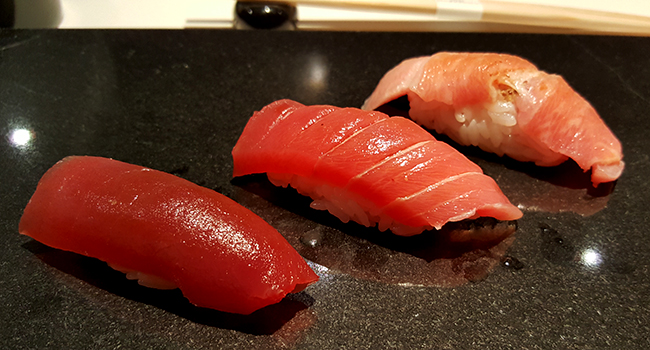 One of the best sushi restaurants in New York, really in all of America, Sushi Nakazawa is as good as it gets outside of Japan. Helmed by proprietor and Chef Daisuke Nakazawa who will forever be linked to the legendary Jiro Ono, (having worked under Ono for years before moving to the United States), Nakazawa is built for true sushi aficionados, those who understand Edomae sushi. Nakazawa is not the place for patrons in search of new fangled creations infused with whatever is the latest and trendiest ingredient or technique, nor is it for those whose sushi repertoire must include some version of tempura drizzled with some sauce, any sauce.

Nakazawa, much like Sukiyabashi Jiro, is a fairly intimate restaurant whose focus is strictly on traditional sushi, otherwise known as Edomae sushi (Edomaezushi). We say “traditional” referring to Edomae sushi, which hails back to the early 1800’s when the Tokyo area was bustling with small businesses, many of which served what was then known as street foods, including sushi, tempura and skewered goodies. Due to the fact that refrigeration was nonexistent back then, sushi sold in street stalls focused on clean flavors, allowing one or two ingredients to shine through, the fish itself of course, and either a soy sauce, salt or other condiment to boost its natural flavor. The fish was often marinated lightly in one of these condiments to prevent spoilage and the changing of texture without losing the raw freshness.

This is why few Japanese restaurants in the United States or elsewhere in the world outside of Japan are acclaimed for traditional sushi since most modern sushi chefs are so focused on wowing patrons with the next “it” ingredient or trendy presentations, everything Edomae sushi is not.

Nakazawa offers a 20 course Omakase, which always includes a beautiful piece of salmon, chu toro and/or otoro, live prawn, crab, eel and tamago, among many others.

Unlike many other reviews of sushi restaurants, I’m not going to denigrate the high level of artistry and decades of hard work many have poured into Nakazawa by writing clichéd descriptions of how fresh, supple, melt in your mouth, or (insert any seafood adjective here) the sushi is. Of course it’s fresh; of course it’s all melt in your mouth.

For a world class sushi restaurant, those descriptions are superfluous, diminishing its raison d’être to mediocre standing, as if the fish needed to be spoken about. One does not visit the likes of Jiro, Nakazawa, Narisawa or Sawada to compare these to your local Japanese restaurants. You go to these institutions because they are life experiences you will never forget, because they are for those of us who live to eat (and not eat to live), our raison d’être.

That the fish is of supreme quality and flown in every other day from markets like Tsukiji and that the rice is correct, those are prerequisites. At Nakazawa, we discuss why Chef Daisuke and his team choose yuzu on certain cuts of fish and not others. We ponder how the chefs’ skills can divert us from squeamish guests watching as they kill live prawns to making us sigh in complete bliss not two minutes later at the exquisite sweetness of this poor creature who just gave up his life to appease our insatiable appetites.

And once we’ve completely passed the internal struggle of the prawn dish, we climb to the next peak with a glorious marbled Otoro, the fattiest part of the Tuna belly. Toward the end of the meal, you’ll encounter a Tamago unlike anything else in America with exception of perhaps two other sushi heavyweights, one that is ever so delicately sweet and fluffy as a Japanese cheesecake.

One sits at the bar of Nakazawa (the best seats in the house), served by the Chefs directly, for a solid three hours, sipping on cups of loose leaf Green Tea right next to a cup of Tedorigawa sake, alternating between physical and emotional pleasure, just as with every other course that is delicately set on your plate.

The silver-grey interiors of Nakazawa remind me a bit of another of my favorite restaurants, Benu in San Francisco, with its staid ambiance, a minimalism meant to focus your attention on each piece of sushi and nothing else. If you live in the greater New York area and have not been to Nakazawa, I have to wonder where on earth have you been eating? And if New York is a destination flight for you, I urge you to put Nakazawa very high on your must-eat-at list.

This is sushi at its finest in America, correct in every way, leaving you with a deep sigh of contentment for having partaken in artistry and skills honed through decades of literal blood, sweat and tears.

Price: Expect to spend at least US $200/person with 1 beverage. Worth every dollar. 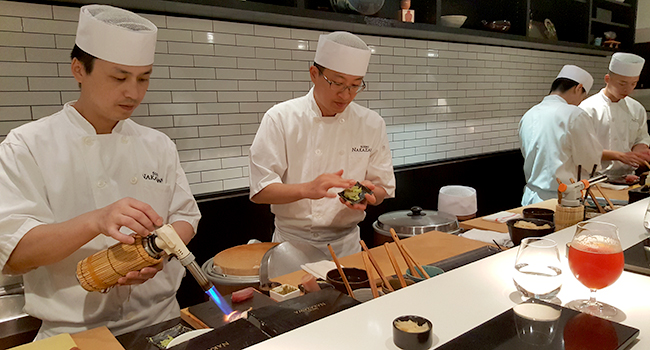 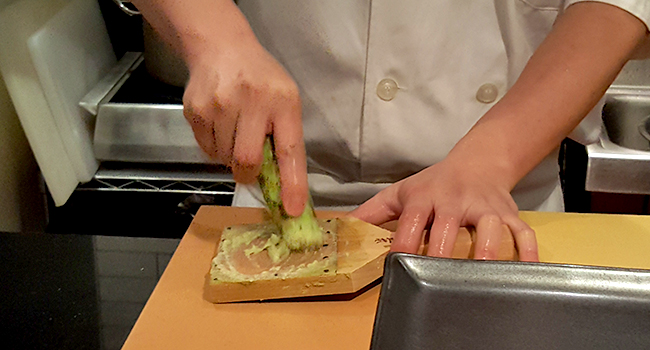 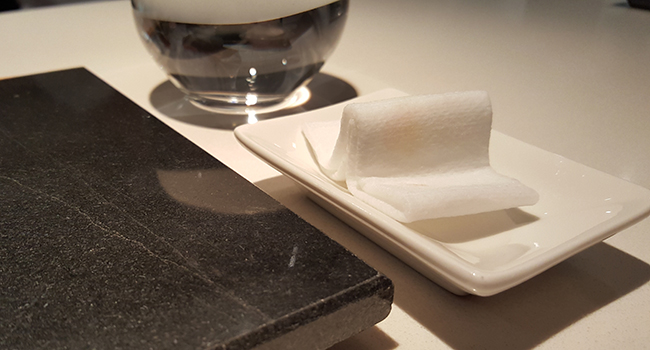 Sushi Nakazawa where moistened towelettes are provided for those who eat sushi with hands as it is meant to be eaten. They’ll replace the towelette every so often. 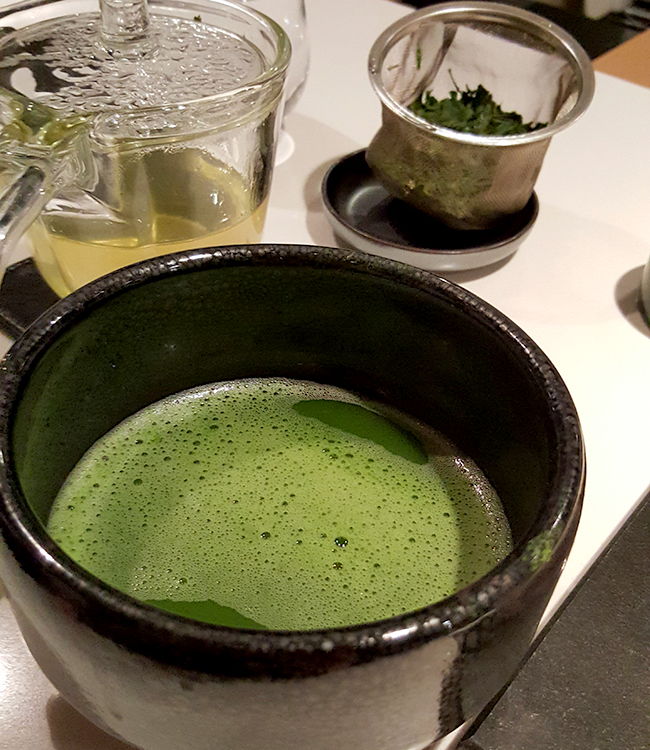 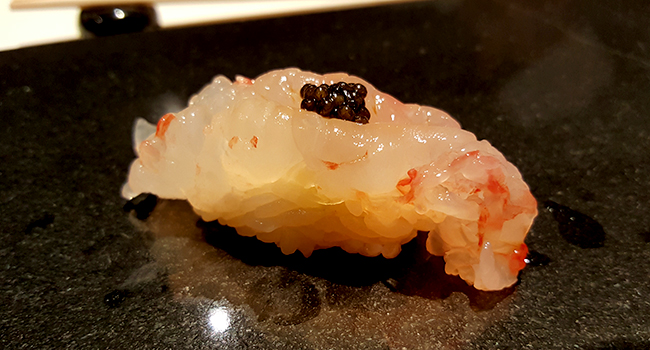 Sushi Nakazawa, this prawn was alive just 2 minutes before being served on my plate. 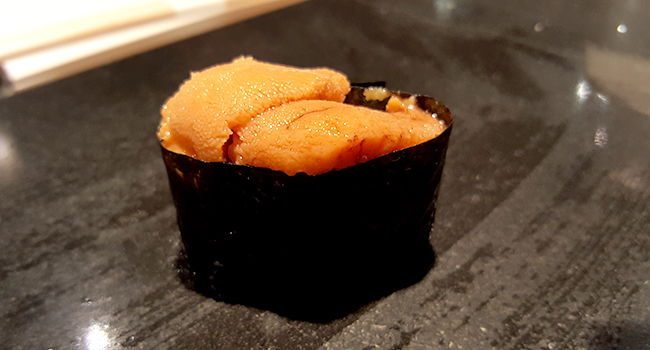 Sushi Nakazawa, the Uni that so many of you love. 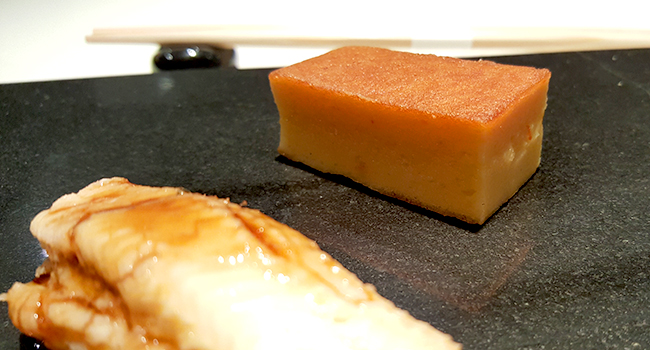 Sushi Nakazawa, the fluffy Tamago in the back, ever so lightly sweet and savory. 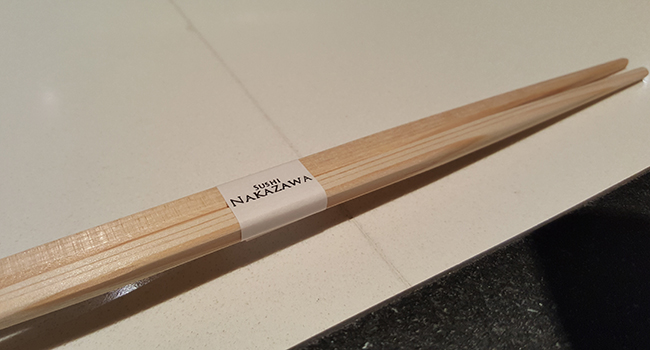