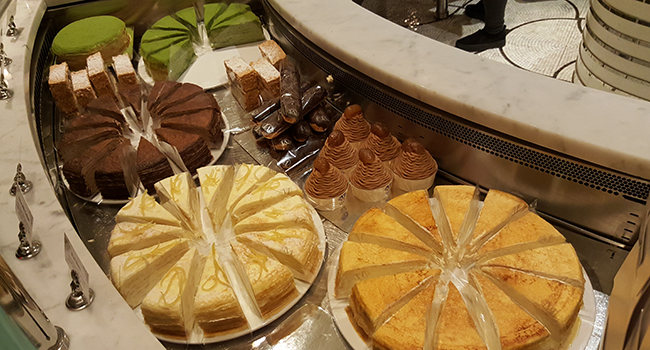 When thinking of the best places to eat in any city in the Western hemisphere, you probably wouldn’t think of a food hall nor would you think of a hotel. Unless you’re in Asia where food halls/stalls dish out some of the world’s most unforgettably delicious foods (one in Singapore recently earned a Michelin star) and where hotels are ubiquitously known for outstanding restaurants, in America, most travelers steer clear of expensive, not very tasty hotel food.

There are always exceptions and The Plaza Food Hall in New York’s renowned The Plaza Hotel is such an exception. Unusual in its welcoming layout for anyone from an office worker on a quick lunch to date night to a fun family outing, The Plaza Food Hall truly has something for everyone. The difficult part is deciding what to eat.

The three biggest standouts for me were the Lobster Roll, the Mille Crepe and Epicerie Boulud’s Cubano. To describe this Lobster Roll, I have to note that with exception of some roadside shack in Maine I encountered on a day trip over 10 years ago whose name I desperately wish I could remember, I have NEVER met a lobster roll I liked. And yes, I have been to many of the ones popular with Food Network stars and other food celebs. Every other lobster roll I’ve ever encountered had at least one of the following major problems: dry, tasteless bread, skimpy on the lobster, FAKE lobster, unseasoned lobster, rubbery lobster, too many adornments on the lobster and/or bread…you get the picture. Any one of these is cause enough to not waste calories on a sub-par experience.

It was with little expectation that I bit into Luke’s Lobster Roll at The Plaza Food Hall, knowing that dozens and dozens of  other so-called lobster roll masters had disappointed and on top of that, I was at a hotel food hall paying $17 for the roll. Well, it was passionate love at first taste. Firstly, the bread was soft, dense, perfectly chewy, every so lightly garlicky. Secondly, the lobster was REAL, perfectly cooked, seasoned with a restrained but correct amount of butter, herbs and spices, and generously portioned so that no bite of bread had anything less than succulent chunks of the lobster. Luke’s Lobster Roll was so damn good I went back 4 times in a 2 week period. Worth every penny of the $17. 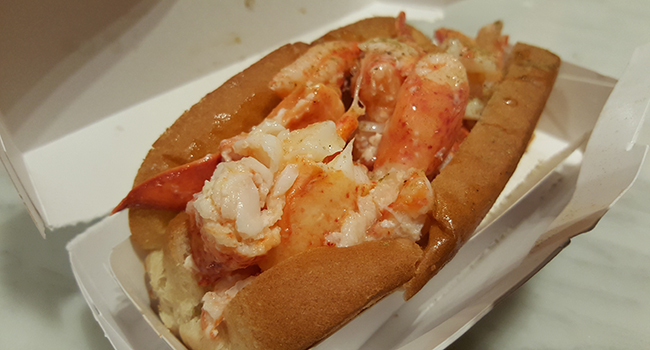 For those of you with a divine love for desserts, The Plaza Food Hall is like Disneyland for cakes, hand-crafted chocolates and every other dessert you can imagine. The one still lingering on my mind months after first trying it was the Matcha Mille Crepe at Lady M’s. While I thoroughly enjoy ogling all types of desserts, in consuming, I strongly prefer those with restrained sweetness. I just don’t enjoy super rich, dense, sweet concoctions. Mille Crepes in general don’t rate high on my radar of must have desserts either but like many of you, I have fallen head over heels for the latest craze of Matcha in almost everything. 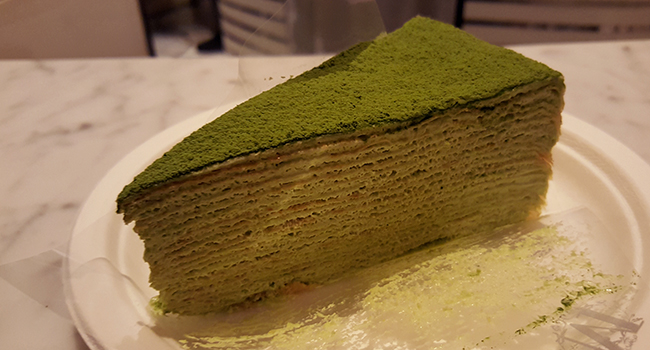 Gorgeous green layers of thin crepes with even thinner layers of fresh whipped cream in between were irresistible. The Matcha flavor came through clean and clear, with the entire dessert being shockingly light. It was hard to believe I was consuming layers of crepe. If Mille Crepes and Matcha aren’t your bag of sweets, there are chocolate cakes, cheesecakes, fruit tarts, petit fours and every other wonderful creation that came out of Europe on display at one of the several dessert specialty stalls here.

Third on my unforgettable at The Plaza Food Hall list is Epicerie Boulud’s Cubano Sandwich, a hefty concoction better reserved for when you’re truly hungry or great shared. In-house roasted pork came out juicy and tender (walk away from any sandwich that has dry flavorless meat hanging off its edges) while just the right amount of thin sliced pickled and mustard balanced out the rich meat, all set within warm pressed Ciabata bread. Unless you’re headed down to or live in Miami, this Cubano is as good as it gets stateside. I had a conversation with Daniel Boulud (one of my culinary idols) about his Cubano; he was proud of how precise the team was in slicing the pork and measuring out the perfect amount. After all, any sandwich lover knows the ratio of filling to everything else is critical in making the perfect sandwich.

Whether you’re in the mood for a healthy breakfast bowl or delicious salad (many options available at Epicerie Boulud and other eateries in the Food Hall), or Asian dumplings and noodles, fresh smoothies, sushi, Oyster bar, diabolical desserts, frozen yogurt, or a full on sit down meal at the Todd English portion of the Food Hall, it’s difficult to imagine someone not finding a delectable morsel to suit particular tastes.

Many of the stalls provide some type of seating whether bar or tables, while the Todd English portion of the Food Hall offers service as well. There are also charming little markets, one that sells an assortments of cheeses, cold cuts, gourmet condiments and beverages, another specializing in loose leaf teas, another yet that has gorgeous fresh flowers. The Plaza Food Hall is such a fun place for everyone of all ages, tastes and culinary needs.

The Food Hall is generally open from 8 a.m. to 9.30 p.m. but best to check the site for any changes or particular stalls you may want to visit. 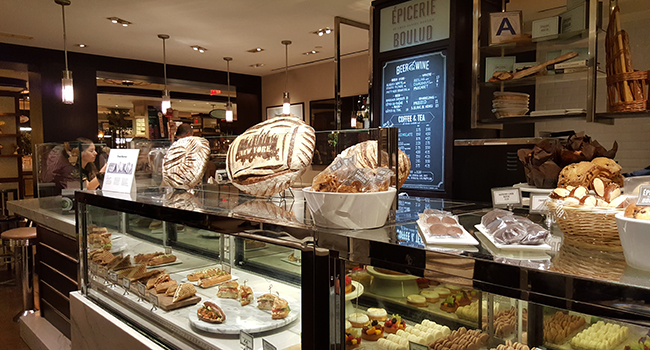 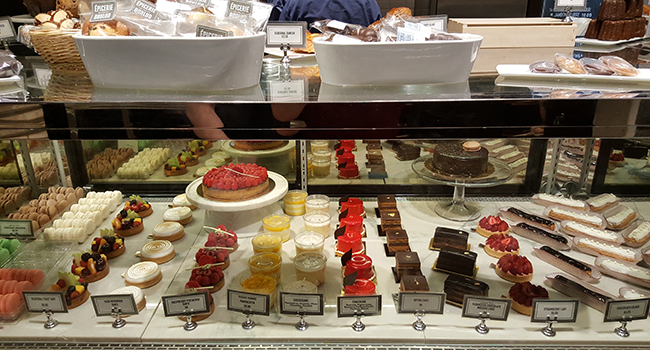 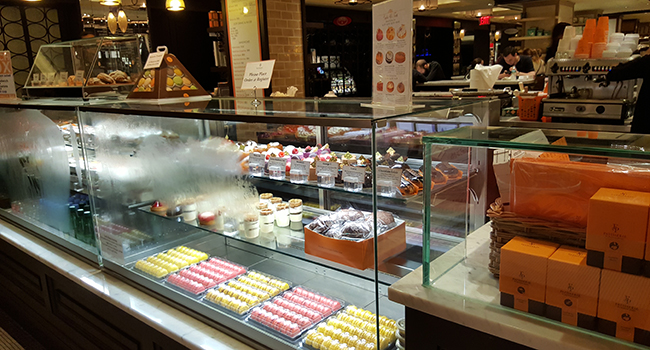 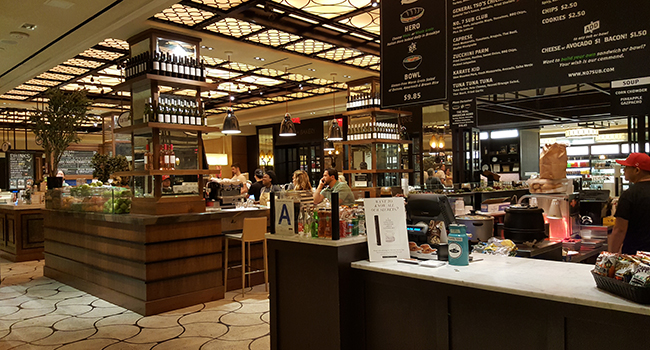