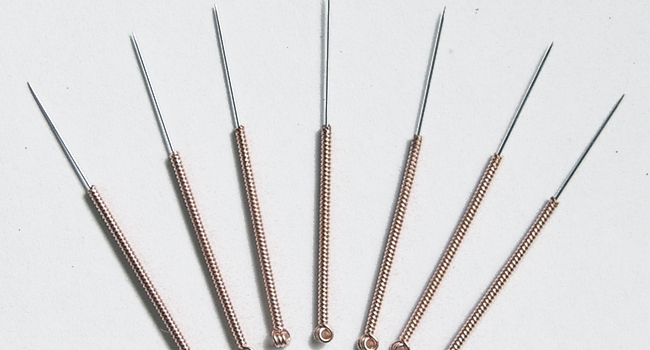 The origins of acupuncture are lost in pre-history. There are strong arguments that acupuncture was practiced 5,000 years ago – as evidenced by non-ornamental tattoos on Otzi, the Ice Age man whose mummified body was recovered from a receding glacier in the Austro-Italian Alps in 1991. Otzi’s x-rays showed that he had lower back, hip, knee, and ankle arthritis. His tattoos occur at points used today for acupuncture treatment of such pain.

In China, acupuncture was codified 2,000 years ago in the Classic of Internal Medicine of the Yellow Emperor but by 1822, the influence of Western travelers, merchants, and “gunboat diplomacy” were so great that the Chinese Imperial Academy of Medicine banned acupuncture in favor of Western therapies. It wasn’t until 1934 that the Chinese Communist government reclaimed acupuncture as valid medicine. Meanwhile, in 1939, a French diplomat, Soulier du Morant, began publishing treatises on acupuncture in France. In 1950, Paul Nogier, another Frenchman, compiled the basis of modern-day ear acupuncture. In 1958, Nogier’s ear acupuncture spread back to China.

Although acupuncture was practiced by Asian immigrants in the US, it was not until President Nixon’s 1972 visit to China that acupuncture became commonly known here. In 1974, immigrant acupuncturist Miriam Lee was arrested for practicing medicine without a license. The public outcry from her numerous loyal clients led to the first official licensing of US acupuncturists in California in 1978.

Acupuncture, in its first 20 years as a US licensed profession, generally acquired the trappings of Western medical practice. Acupuncturists were trained to see clients in small private treatment rooms at costs similar to doctors, dentists, and chiropractors. In the past decade, acupuncturists frustrated by high-cost, inaccessible, acupuncture, have followed the lead of Lisa Rohleder of Working Class Acupuncture in Portland,Oregon, and created the Community Acupuncture movement. Community Acupuncturists have taken the low-cost, high-volume aspects of Asian Acupuncture practices and adapted them for Westerners. In Community clinics, clients typically pay $15-$40 (sliding scale) per treatment. They sit in recliners in a common treatment room where one acupuncturist, overseeing several clients, inserts needles at arm, leg, and head points. The experience is somewhat like both group meditation and falling asleep in one’s living room. Since 2003, some hundreds of Community Acupuncture clinics have opened in the US alone, from Seattle, WA to Washington DC, from Austin, TX to Detroit, MI. – and more open every month.