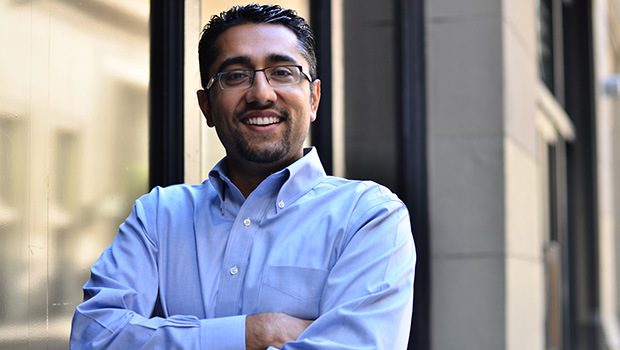 Dina’s Thoughts
I first met Arjun several years ago to discuss whether there was room in the Silicon Valley ecosystem for a multimedia startup. At the time, he was deep in the midst of Retargeter’s meteoric rise in the online ad world. In high demand from major television and magazine news outlets, his schedule was fine tuned to the precision of Swiss watches yet he focused on our conversation and me as if it were the only thing on his plate that afternoon.

That humility and ability to make people feel important has made Arora one of the tech industry’s most well connected and well liked figures. A graduate of UC Berkeley, Arora first made headways at Yahoo before founding his own company- the now highly successful Inc. 500 company, Retargeter. What has established him as an International Icon reaches far beyond his stellar leadership at Retargeter.

As advisor to multiple startups, Arora holds a firm belief in creating meaningful relationships through an unrelenting devotion to connecting friends with friends, colleagues with colleagues. In a flat business world, his ethos on cultivating powerful relationships makes him invaluable to everyone who calls him friend or colleague. Whether he is chatting with former President Clinton, discussing global issues with fellow business leaders in Dubai or spending a quiet afternoon in his hometown of San Francisco with friends, Arora is constantly looking for ways to be of service to others. It won’t be a surprise to see Arora’s name on a Fortune 500 list one day in the near future and we can only hope that others of his generation follow in his leadership footsteps.

Bio
Arjun is the Chairman of the Board, and Founder of ReTargeter. Arjun was the CEO of ReTargeter for the first 5 years of its history and bootstrapped the company to be in the top 100 of Inc’s Fastest Growing Companies list. He is a recognized expert in display advertising and retargeting and has been interviewed on Bloomberg TV, been quoted in the WSJ and been mentioned in Forbes. He has been recognized at the White House, at the UN and at the Global Summit for Entrepreneurship for his success and commitment to a values centered organization.

Arjun was previously the head of business development for Yahoo! Real Estate. His duties in that position included creating and managing partnerships, driving sales, marketing to both consumers and businesses, and strategic and financial planning for Yahoo! Real Estate. Arjun has advised on M&A deals and IPOs for various technology companies during his tenure at the international investment bank Jefferies Broadview.

Arjun currently advises various start-up companies with strategic planning, monetization, and funding. He is also an angel investor to multiple companies and a LP at 500 Startups.